My Guys Moving & Storage, movers in Herndon VA, kicked off summer by sponsoring two concert series in Northern Virginia. The first is Friday Night Live – a free concert series held outdoors on the Town Green in Downtown Herndon, VA. This concert series was voted BEST of NOVA by Northern Virginia Magazine in Fairfax County, and features mostly local and regional bands from up and down the East Coast that play rock and roll covers, and spice it up occasionally with reggae, funk and some originals that the bands have composed themselves.
The second series is Loudoun Summerfest – another popular outdoor concert series held at Belmont Green in Ashburn, VA, featuring big name bands from around the country. My Guys is proud to sponsor these great community events! 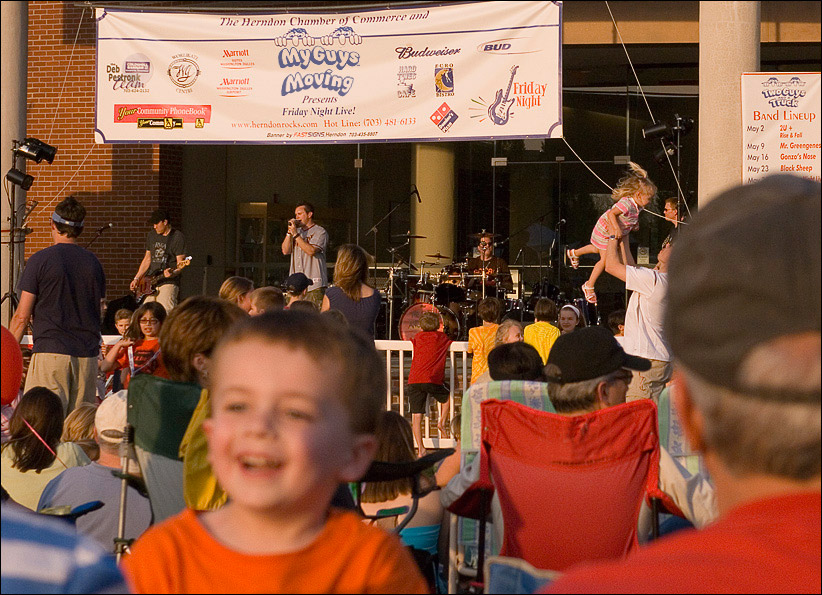